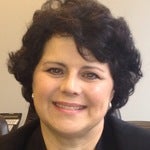 With over 20 years experience in the legal field, Theresa has a breadth of experience and knowledge of law that benefits all the clients that she serves.

Theresa started her career as a legal secretary, became a paralegal and then in 1999 attended Law School at the University of Alberta. Graduating in 2002, Theresa articled with the Edmonton firm Snyder & Associates, at which firm she worked as a junior associate for two years following her admission to the Bar in 2003. In 2006, Theresa moved her practice to the Sherwood Park firm, Ahlstrom Wright Oliver and Cooper. In 2008, Theresa opened Wilson Law in Sherwood Park. In 2013, looking to expand her clientele to the greater Edmonton area, Wilson Law established itself in Edmonton, and since then opened its main offices in Calgary, Alberta.

Theresa likes to consider herself a general practitioner. She enjoys the variety and the challenge of handling both litigation and real estate files. Equally at ease in the board room as the court room, Theresa quickly identifies potential issues and begins working on finding cost effective solutions.

Theresa has litigated many different files in both Provincial Court and Queen's Bench: including, contract disputes, real estate disputes, builder and construction law, wills and estate litigation, and family law.

Thank you for contacting us. We will get back to you shortly.

Please complete all required fields below.